What is Vitiligo? Vitiligo Symptoms and Treatment Methods

Vitiligo is a type of skin disease in which light-colored areas occur due to loss of pigment in the skin. So what are the symptoms of vitiligo? Can vitiligo be treated? Let's see together.

Vitiligo is a type of skin disease in which light-colored areas occur due to loss of pigment in the skin, although the exact cause is unknown. Although this disease can be seen at any age, it usually begins to show symptoms before the age of 20.

Vitiligo is seen in approximately 1 or 2 out of every 100 people. It is not a contagious disease. Vitiligo, which only affects the appearance of the skin, does not cause any physiological problems in patients. The extent of the disease and the size of the spots on the skin surface vary from patient to patient. In the treatment, methods are used to help the skin regain its former color.

Damage to the cells called melanocytes responsible for the production of pigments that give the skin its unique color in the human body, for any reason, causes vitiligo.

Depending on the lack of pigment, white spots of various sizes occur on the skin surface. 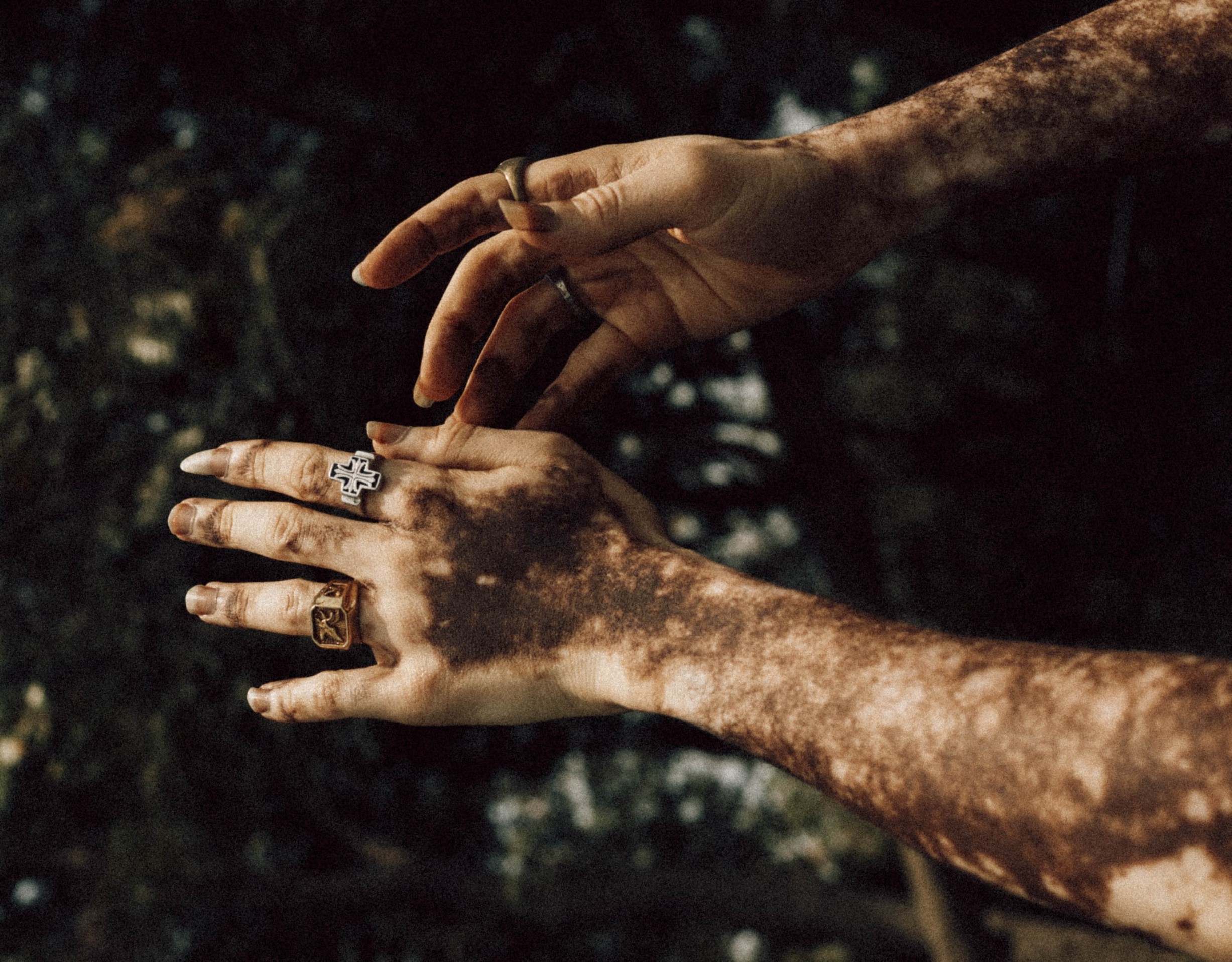 What are the Symptoms of Vitiligo Disease?

Vitiligo is a type of disease that can be seen at any age from childhood to adulthood. Symptoms of the disease usually appear in areas exposed to sunlight. White spots, which are a symptom of the disease, are more likely to be seen in areas such as hands, arms, face, neck and legs that are more in contact with the sun.

Apart from this, depending on the structure of the skin, the disease is more easily noticed in women than in men. Since the spots can be distinguished more clearly, the disease is easier to notice in dark-skinned people. The first and most common symptom of vitiligo is the sudden whitening of a particular spot on the skin. In some cases, a small white spot may enlarge over time and become large enough to cover a significant portion of the skin.

Although the exact cause of vitiligo is unknown, there are some known causes that increase the risk of developing the disease. The autoimmune mechanism is one of the most important factors held responsible for the development of the disease.

Other factors thought to play a role in the formation of vitiligo can be listed as follows;

Another important factor known to be effective in vitiligo disease is genetic factors. When all vitiligo patients are examined, it is seen that approximately 30% of the patients have a family member with this disease. In addition, it has been determined as a result of studies that the probability of getting the disease in black-skinned individuals is higher than other individuals. 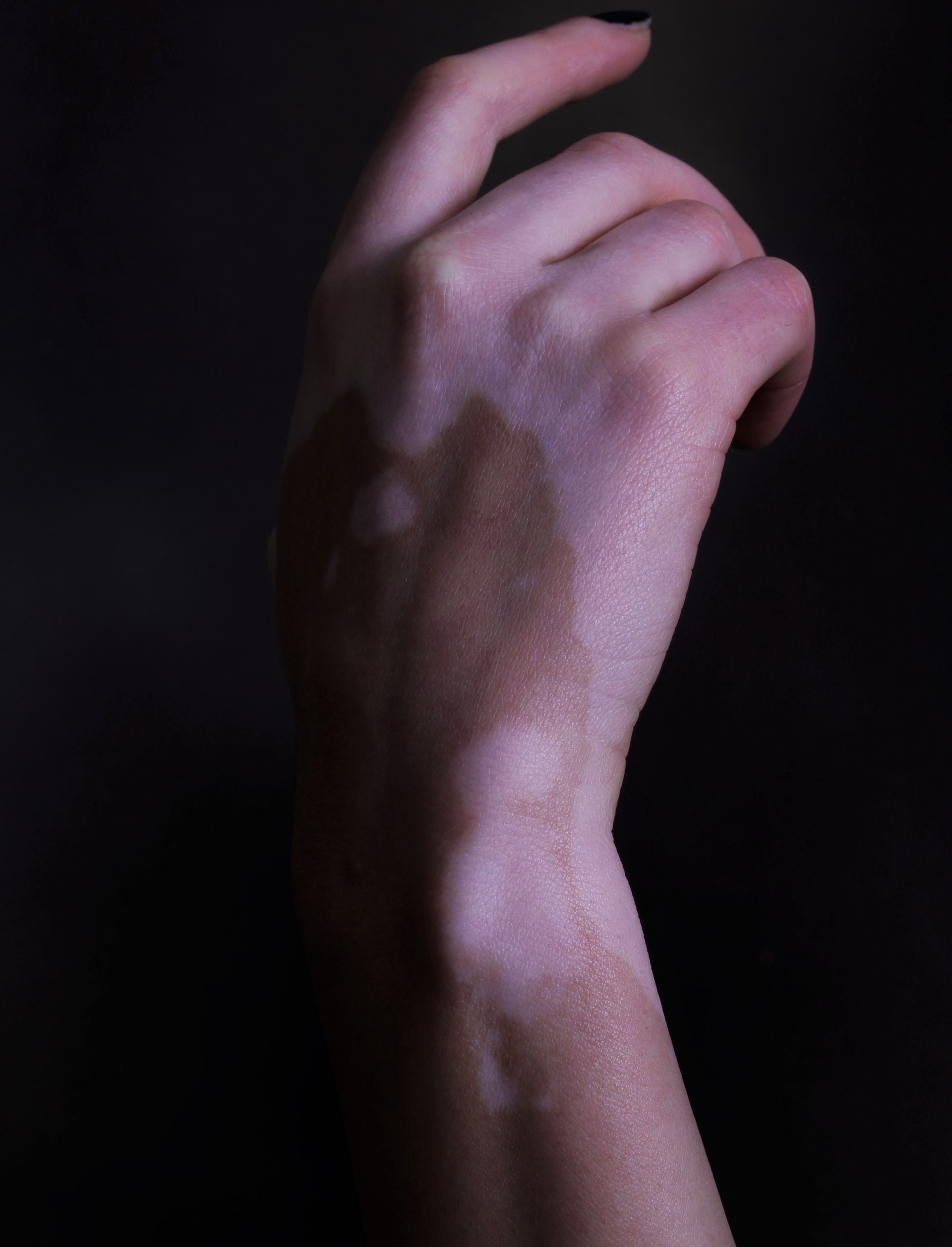 1- If vitiligo occurs due to an autoimmune mechanism, immunosuppressive agents can be used.

2- Light therapy, which aims to stimulate the melanocytes responsible for giving the skin its natural color, can be applied. (Phototherapy and Excim)

3- Antioxidant supplements can also be applied to vitiligo patients to reduce oxidant stress.

4- Creams containing tacromilus and pimecrolimus or containing cortisone can be used to remove the spots caused by the disease and prevent the formation of new spots.

5- Depigmentation is another treatment method that can be preferred in patients where white spots spread throughout the body and the size of the spots is very large. With this treatment, the pigments on the entire skin surface are destroyed and the whole body becomes equal in white.