Workers Clash with Police at iPhone Factory in China: "We Want To Go Home"

Workers, who have been working in closed-loop at Foxconn company's iPhone factory in Zhengzhou China (the world's largest iPhone manufacturing center) for a month, clashed with the police, protesting the strict coronavirus measures.

Workers who have been working closed-loop for a month at the Foxconn company's iPhone factory in Zhengzhou, China, protested the strict coronavirus measures taken. The protest then pitted the workers against the police. In the images reflected on the social media, it was seen that the workers were chanting "We want to return home".

Protests in Foxconn, located in Zhengzhou, China and known as the world's largest iPhone manufacturing factory, became one of the most talked about issues in the country.

Due to the coronavirus positive people detected in the factory, all factory employees could not leave the factory due to strict quarantine measures and continued to work as a closed-loop. 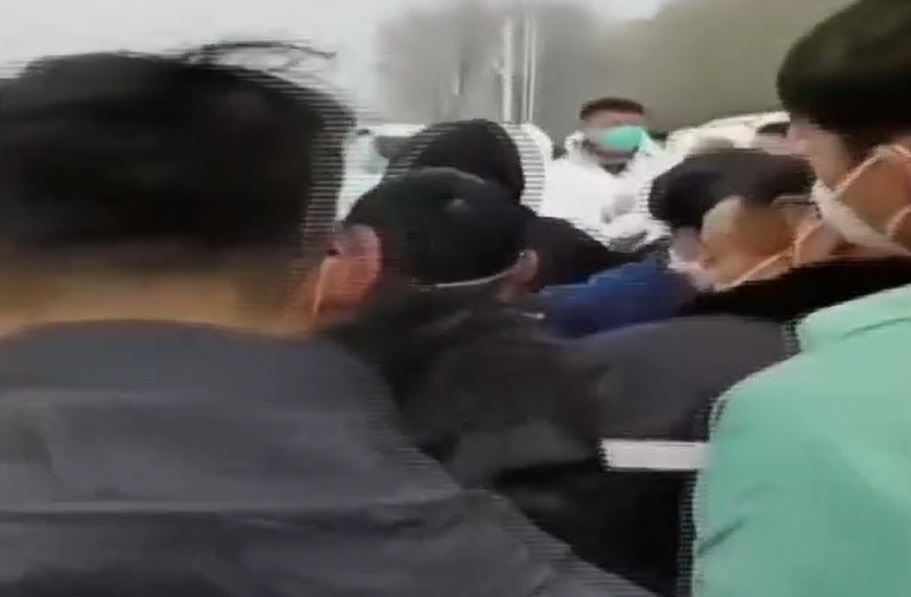 Closed-loop workers protested due to the strict coronavirus measures taken by the authorities, the postponement of the payment dates of the promised bonuses, the lack of payments and the lack of sufficient supplies.

The facility, which employs approximately 300,000 people, has been operating as a closed-loop since the beginning of October. While the factory was surrounded by metal barriers, the entrance and exit of the employees were also strictly controlled.

Workers Want to Return to Their Homes

In the images shared on social media, it was seen that the workers clashed with the police wearing protective overalls and demolished the barriers set up to combat the epidemic.

It was claimed that some of the workers who chanted "We want to return home" slogans were injured in the clash that broke out, and that some workers were in serious health condition.

Workers Have Fled the Factory Before

Foxconn had promised to increase hourly wages and bonuses to entice workers to work in closed-loop. However, realizing that the promises made would not be kept, the workers tried to escape from the factory, where entry and exit were prohibited, with their suitcases and backpacks.

After the escape footage on social media, local authorities tried to persuade the workers to return to the factory. On the other hand, it was said that criminal sanctions would be imposed on the workers who escaped.