The number of people killed and injured in the 5.6 magnitude earthquake that occurred in the Cianjur region of Indonesia's West Java province rose.

The death toll in the 5.6 magnitude earthquake in Indonesia's Cianjur region rose to 162 and the number of injured to 700.

The magnitude of the 5.6 earthquake recorded in the Cianjur region of Indonesia's West Java province comes to light. 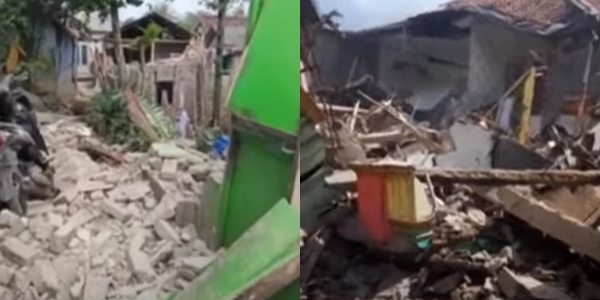 In a statement made by Suharyanto, Head of the Indonesian National Disaster Service (BNPB), "162 people lost their lives in the Cianjur regional hospital, there are around 700 injured. Many people were injured under the rubble."

Search and rescue efforts continue for those trapped under the rubble after the earthquake, which damaged many buildings and a boarding school. In the last 2 hours, 25 more aftershocks were recorded in the region where the big earthquake occurred.

Communication with the region becomes more difficult due to the power cuts after the earthquake.