More than 200 People Died in 'Mahsa Amini' Protests in Iran

Iran's National Security Council announced that more than 200 people lost their lives in the protests that started across the country after the death of 22-year-old Mahsa Amini as a result of police violence.

Iran's National Security Council announced that more than 200 people, including security forces, lost their lives in the protests, which started after the death of 22-year-old Mahsa Amini and entered its third month.

In the statement made by the National Security Council of Iran, it was stated that the USA, Israel and Saudi Arabia tried to turn the demonstrations in Iran into a rebellion and used separatist terror elements in the country. Describing the demonstrators as "rebels", the statement emphasized that terrorist organizations support the rebels and aim to create confusion in Iran.

In the statement; "The enemy, by organizing anti-revolutionary groups, tried to use famous and phenomenal names to have an effect on the society through black propaganda and psychological warfare methods and fake deaths. In this way, they brought the actions to the streets. What is happening in the eyes of the people today is not a civil objection, but a group of insurgents. It is to prepare the environment for separatist and takfiri terrorist groups by targeting the confusion and security.'' 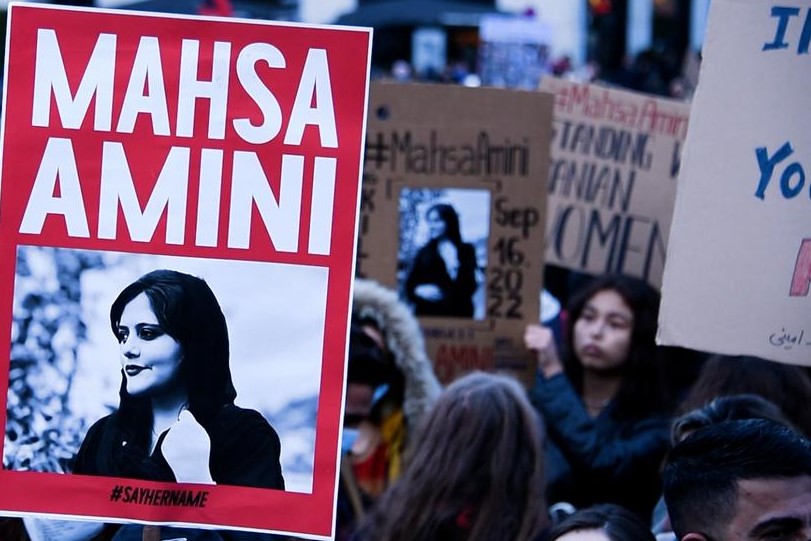 Mahsa Amini, a 22-year-old Iranian woman, died suspiciously on September 16, 2022, while in detention in Tehran, Iran. It was claimed that Amini died as a result of police violence.

Amini was arrested by the Moral Police of the Islamic Republic of Iran Law Enforcement Forces Command, which oversees the enforcement of hijab rules, on the grounds that her veil did not meet government standards. In the statement made by the police station, it was said that the woman had a heart attack at the police station, fell to the ground and died after being in a coma for two days. Witnesses to the incident said the woman was beaten and her head hit the side of the police car, and leaked medical tests diagnosed her with cerebral hemorrhage and stroke.

According to some news sources, many people from all over the world reacted to the death of Amini, who has become a symbol of violence against women in the Islamic Republic of Iran.