Million-Dollar Treasure of the Nazis Found! Announced to the Public for the First Time

It has been revealed where treasures worth millions of dollars looted by Nazi soldiers during World War II are hidden. So where is the treasure?

The map, which has been stored in the Dutch National Archives for decades, is on display for the first time along with hundreds of documents related to the Second World War.

The Million Dollar Treasure is in the Netherlands

The document that caught the world's attention today shows where Nazi soldiers hid a pile of valuables stolen during the 1944 Battle of Arnhem.

According to the map, valuables thought to contain jewels and diamonds were buried near the village of Ommeren in the middle Gelderland region of the Netherlands.

Netherlands Sets With Nazi Officer To Find The Treasure

According to the NL Times, numerous attempts have been made over the years to find the hidden treasure.

The Dutch State even brought a Nazi officer to the area to help find the loot, but nothing was found.

So What Happened to the Treasure?

Annet Waalkens of the Dutch National Archives told Omroep Gelderland that during the defense of Arnhem an explosion occurred on the Rotterdamsche Bank and Nazi soldiers fled the scene with the spoils. 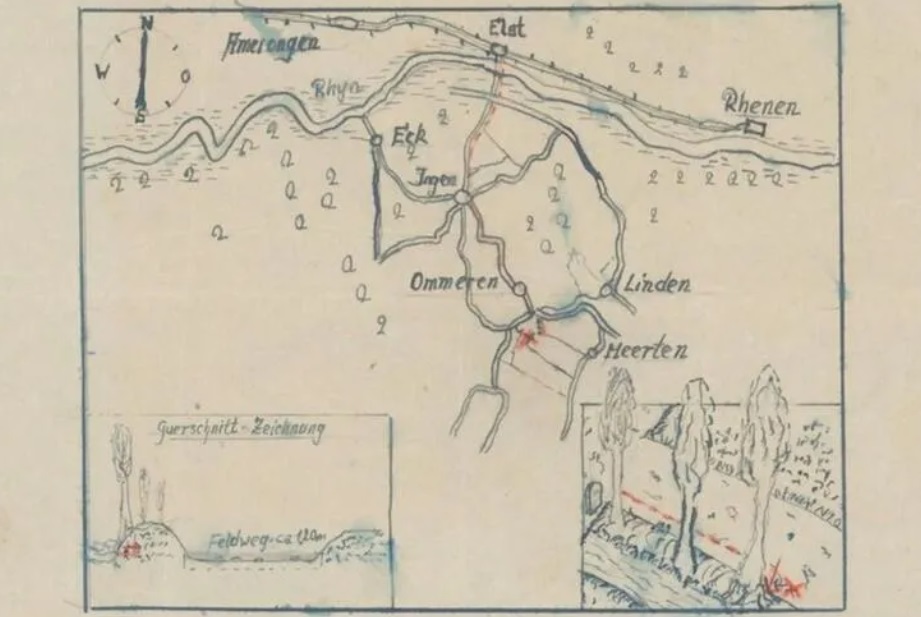 Three basic scenarios regarding the loot, which is thought to be worth millions of dollars, are on the agenda;

In Search of Hidden Treasure in Poland

On the other hand, a research group called the Silesian Bridge Foundation has been working for a long time to find the hidden treasure the Nazi Army hid in Poland during World War I.

Excavating under an old palace in the town of Minkowskie in southern Poland, the team announced last May that they found a four-ton metal box, containing classified documents that could reveal other treasures.