A landslide occurred in the state of Selangor, about 50 kilometers north of Malaysia's capital, Kuala Lumpur. Many people died, including children.

A landslide occurred at the campsite in the Batang Kali district of Selangor state, about 50 kilometers north of Malaysia's capital Kuala Lumpur.

In his first statement, Suffian Abdullah, the regional police chief, stated that 16 people, including a 5-year-old boy, died in the landslide disaster, 7 people were injured and hospitalized, and 17 people were missing. 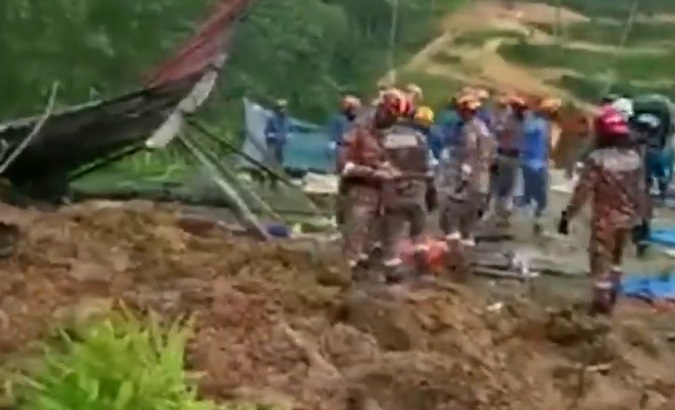 Authorities later announced that the death toll had increased to 21, and search and rescue efforts were continuing for the 14 missing people.

Regional police chief Abdullah said an estimated 94 people were in the area at the time of the landslide.