The humanoid robot 'Atlas' developed by the US robotics company Boston Dynamics demonstrated its skills. Atlas could soon replace people in places with heavy labor such as factories.

The video of the moments where Atlas, the bipedal "humanoid robot" developed by the US-based robotics company Boston Dynamics, exhibited its abilities has been published.

The robot was seen advancing with a piece of wood to climb onto a construction scaffolding set up for testing purposes. Then the robot took the tool bag on the side and went to the pier and delivered the bag to the worker above. It was also noteworthy that the robot took a step to go down again by pushing the box on the other side of the pier. 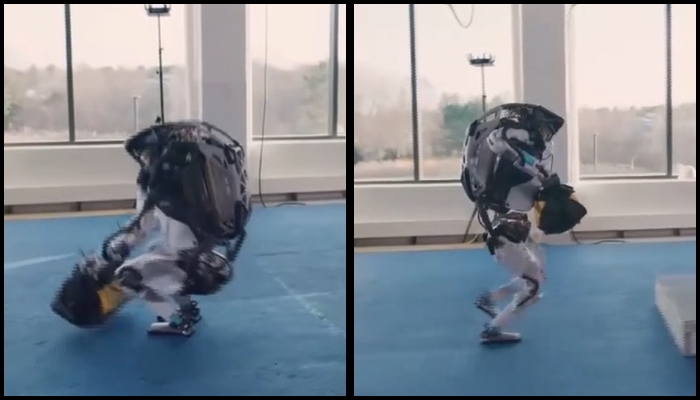 It was seen that Atlas, who can do somersaults, remained unbalanced and used his skills effectively, including the ability to jump and turn while carrying weights.