A fire broke out after the accident that occurred in the tunnel in the city of Gwacheon, south of Seoul, the capital of South Korea. The tunnel turned into a battlefield.

A fire broke out in a tunnel in Gwacheon, south of Seoul, the capital of South Korea. Police, ambulance, 4 fire trucks, 219 firefighters and helicopters were sent to the region. Heavy smoke rose from the area as the flames spread rapidly.

According to the statement made by the authorities, 5 people lost their lives and 37 people were injured, 3 of them seriously. 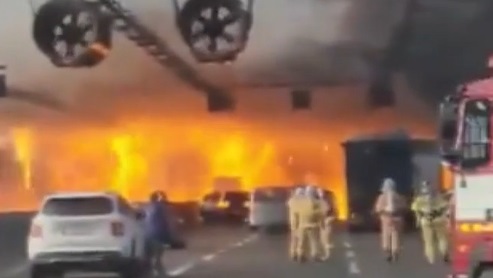 According to preliminary information, it was stated that the fire started as a result of a collision between a bus and a truck.

While the investigation launched into the incident continued, the flames were extinguished after 2 and a half hours.