Hundreds of flights were canceled and thousands of passengers were victimized due to the severe snowstorm that raged across Canada.

Heavy snowfall continues to affect life negatively in the Canadian province of British Columbia. While the snow thickness reached 27 centimeters in the southern parts of the state, there were disruptions in air transportation due to heavy snowfall.

It was announced that 200 flights were canceled and 67 flights were delayed at Vancouver International Airport. 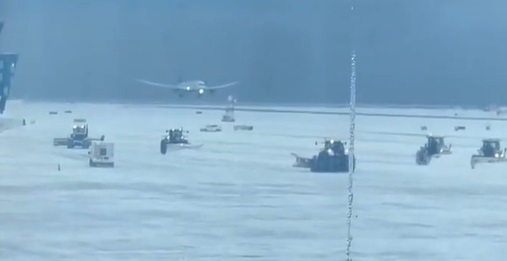 Hundreds of Flights Canceled, Thousands of People Left on the Road

Thousands of people who planned to travel before Christmas Eve and New Year's Eve expressed their regret that their flights could not be realized.

Speaking to the local press, Martin, the father of two, stated that they were planning to go on holiday on Christmas Eve, but they were victims of heavy snowfall.

The Canadian Meteorological Service has issued a snowfall warning for nearly all of British Columbia.