FIFA has demanded the Belgian football team to remove or cover the word "LOVE" on the inside collar of their World Cup away jerseys.

FIFA has demanded the Belgium national football team to remove or cover the word 'LOVE' on the inside collar of their Qatar World Cup away jerseys. FIFA's decision came before Belgium played Canada for the tournament's opening match on Wednesday (November 23rd).

ESPN reports that FIFA is not open to negotiations on the "LOVE" stitch and "categorically refuses" to discuss it with the Belgian federation. 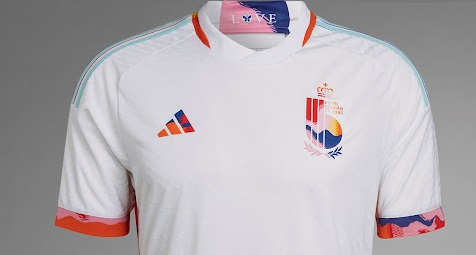 The request is the latest in FIFA's controversial actions to showcase LGBTQ+ solidarity at the tournament. Earlier this week, teams that were planning to wear the OneLove armband at the World Cup backed off after FIFA threatened them with sports sanctions.