An eruption occurred in Mauna Loa Volcano, located in the US state of Hawaii and known as the world's largest active volcano.

The US Geological Survey (USGS) announced that the world's largest active volcano, Mauna Loa, located in the US state of Hawaii, erupted for the first time in nearly 40 years.

Stating that the lava flow is currently at its peak, the USGS reported that there is no threat to the people of the region yet. In the last 2 hours after the eruption of Mauna Loa Volcano, many earthquakes with the largest magnitude of 4.2 were recorded. 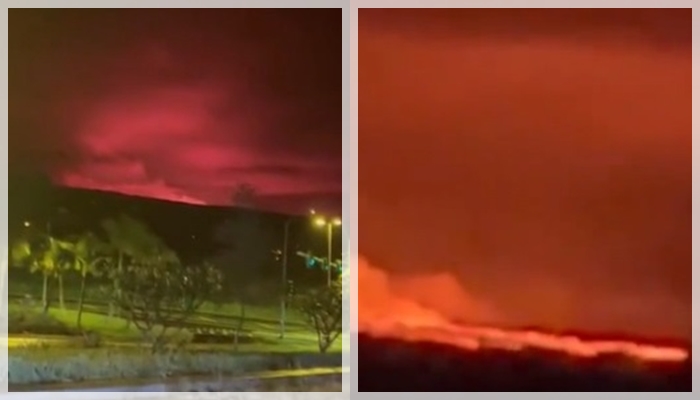 In a statement made by the Hawaii Volcano Observatory, it was stated that the volcano alert was raised from the advisory level to the warning level. The observatory also reported that it will conduct an aerial survey to examine the details of the explosion.

The name of the mountain, which is Mauna Loa in Hawaiian, means 'Long Mountain'. An active shield volcano at an altitude of 4,169 meters, Mauna Loa is located on the Big Island of Hawaii.

Mount Mauna Loa is one of the five volcanoes that make up the Hawaiian Islands.

This volcano, whose volume is estimated at 75,000 km³, is known as the largest volcano in the world.

Lava from Mauna Loa Volcano is relatively low in silica. For this reason, the lava it ejects is not explosive and flows down the ground from the slopes of the mountains without exploding and spewing into the air.