The same event happened for the second time in the USA, which was struggling with snowstorms and freezing temperatures. This time, 3 busloads of refugees were left in front of US Vice President Kamala Harris' residence in the capital, Washington.

The USA witnessed the same scene for the second time as it struggled with the blizzard that killed 34 people.

While images of freezing temperatures were coming from all over the country, the most striking development took place in front of the residence of US Vice President Kamala Harris in the capital, Washington.

Three buses stopped in front of Harris' house on Christmas Eve Saturday evening and drove away, leaving hundreds of refugees in the freezing cold. They Were Left On the Street in the Freezing Cold

More than 100 refugees were seen shivering in the freezing cold, wearing T-shirts or thin sweatshirts, in the images posted on social media.

Noticing the refugees, the volunteers rushed to fight with blankets, drinks and soft drinks in their hands.

A church in the city opened its doors, refugees were taken there by bus and spent the night in the church. 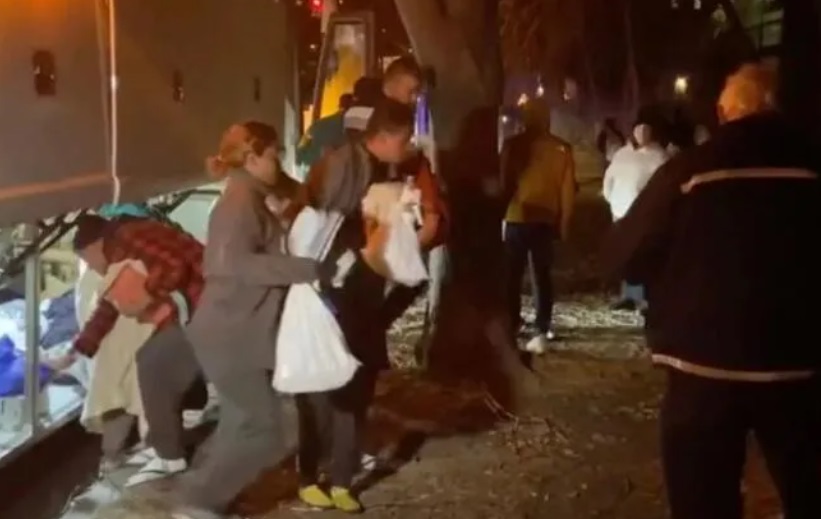 Strong Response from the White House!

A person helping immigrants said the bus was coming from Texas. The White House's response has been harsh, although Tatiana Laborde, executive director of the 'SAMU First Response' foundation, said she believed the migrants went there because of the heavy snowfall in the north.

"As President Biden's reflection in Congress on his first day in office, we are ready to work with anyone, Republican or Democrat, on real solutions like immigration reform and border security measures. Political games put people's lives at risk."

This Event Is Not The First

Republican Texas Governor Greg Abbott had previously taken the immigrants by bus to the Vice President's home. Whether Abbott had anything to do with this incident. He did not answer questions about the governor's office.