TIME Magazine Selected 'Heroes of the Year', A Gorgeous Cover Photo from TIME!

TIME magazine continues to make a name for itself with the magazine covers it prepares within the scope of the 'best of the year' determined in different fields every year. TIME announced 'Heroes of the Year' with a cover photo.

While the protests that started in the country after Mahsa Amini's death continued, the US-based TIME magazine declared Iranian women "Heroes of the Year".

TIME magazine rewarded the great struggle of Iranian women due to the protests that started after the death of 22-year-old university student Mahsa Amini in Iran after she was detained by the morality police on the grounds that she "did not obey the headscarf rules". 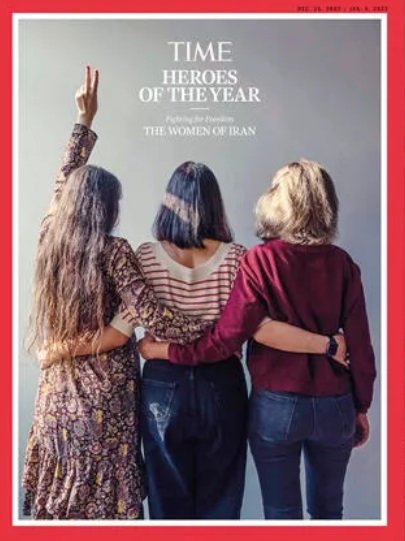 Azadeh Moaveni, who wrote about Iranian women in the magazine, recalled the act of civil disobedience initiated by a young woman named Vida Movahed in Tehran in 2017, by tying her white headscarf to the rod above the electrical box.

Moaveni; “Millennial women initiated these actions. They are quite different from the generations before them. Sometimes they feel more like transnational Generation Z than an Iranian. They will show future generations how strong civil disobedience can be an element in the fight against injustice.”