The billionaire businessman Elon Musk, CEO of Tesla and SpaceX, bought the social media platform Twitter, costing it a lot.

Musk, the boss of Twitter for $44 billion, lost the title of 'the richest person in the world' after the decline in Tesla's shares.

Musk, who owns 14 percent of Tesla's shares, fell to second place in both Forbes and Bloomberg's "world's richest" lists.

Musk sold nearly $20 billion worth of Tesla shares to buy Twitter. This situation was also effective in the decline in share prices. 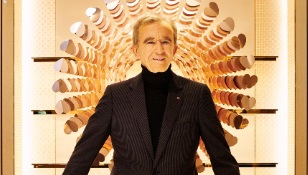 Bernard Arnault, CEO of France-based luxury goods firm LVMH, is currently the richest person in the world, according to Forbes and Bloomberg.

According to Forbes, Musk's personal wealth is $178 billion. Arnault's personal fortune is $188 billion.